I have always believed that breastmilk is the healthiest choice for most babies. Human milk is not just food, it has healing power. Recently, I have heard some new information that has taken belief to the next level. The first talk I heard back in the spring was about epigenetics. It turns out that we are what we eat. I have written a blog about this if you want more info about that.

The most recent “aha moment” talk was about baby’s microbiomes. The microbiome is a crazy popular subject in the media now. “The human microbiome (or human microbiota) is the collection of microorganisms which live on us. They live on the skin, in the saliva and mouth, in the eyes, and in the gut and the rest of the gastrointestinal tract. They include bacteria, archaea, fungi and single-celled eukaryotes (‘protozoa’). Everyone carries around far more of these microbes than the number of human cells in the body. The human body has about 100 trillion cells, and carries about ten times as many microorganisms in the intestines alone.” Thanks Wikipedia! 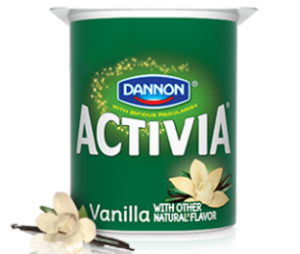 When I first started working in the field of lactation 20ish years ago, using probiotics for helping the microbiome was considered radical alternative medicine by most of the medical community. When moms were struggling with an overgrowth of yeast in the past, we would whisper, “You could try some probiotics.” Guess what? We were right. Now we even have yogurt that is specifically advertised as having good probiotics for your gut health.

Now, everyone seems to have embraced the idea of gut health being important and probiotics is part of this. However, we are just beginning to understand how everything works and is interrelated. “Though we are becoming more and more aware of how important our microbiomes are, we have only scratched the surface in learning just how our microbiota interact, influence or determine different aspects of our health. Enough evidence has accrued to say gut bacteria almost certainly plays some role in immune function and autoimmune disease, and other building evidence points to plausible effects on weight/obesity, mental health and a host of other aspects of our health.” (Haelle, Forbes 2016 see below link)

So what does this have to do with breastfeeding? Guess what? Everything! There has been new research that shows that the gut bacteria in a breastfed baby is very different than a formula fed baby. It is more plentiful and varied.

“Still, the findings in this study, published in JAMA Pediatrics, are fascinating, if not entirely surprising. The researchers collected stool samples from 102 full-term infants (average gestational age was nearly 40 weeks) born to women in New Hampshire when the babies were 6 weeks old, an age selected because feeding patterns are more likely to be established by then. Based on phone interviews, 70 of the babies were exclusively breastfeeding (never having ever received any formula) while six exclusively received formula and 26 ate a combination of formula and breastmilk…When they controlled for feeding method, the researchers found significant differences in the makeup of the babies’ gut bacteria between those born via cesarean versus vaginally. When they controlled for delivery method, the exclusively breastfed infants had a microbiome distinct from the other infants.”

In a recent excerpt published in the New Yorker, author Ed Young quotes from his book I Contain Multitudes: The Microbes Within Us and a Grander View of Life, “(Human milk) has five times as many types of H.M.O.s (human milk oligosaccharides) as cow’s milk, and several hun­dred times the quantity…Mills suggests a couple of possible explanations for this difference. One involves our brains, which are famously large for a primate of our size, and which grow incredibly quickly during our first year of life. This fast growth partly depends on a nutrient called sialic acid, which also happens to be one of the chemicals that B. infantis (a good bacteria) releases while it eats H.M.O.s. It is possible that, by keeping this bacte­rium well fed, mothers can raise brainier babies. This might explain why, among monkeys and apes, social species have more milk oligo­saccharides than solitary ones, and a greater range of them to boot.”

Well, imagine that! These complex sugars feed other bacteria in the baby’s gut, which cause an acid to be released, that is used for brain development. This is just one of example of the amazingly, complex dance that results from our babies drinking breastmilk.

Here are more benefits to the infant gut from human milk. “An alternative idea (of benefits) involves diseases. In a group setting, pathogens can easily bounce from one host to another, so animals need better ways of pro­tecting themselves. H.M.O.s provide one such defense. When a pathogen infects our guts, it almost always begins by latching onto glycans—sugar molecules—on the surfaces of our intestinal cells. But H.M.O.s bear a striking resemblance to these glycans, so pathogens sometimes stick to them instead. They act as decoys, drawing fire away from a baby’s own cells. They can block a roll call of gut villains, including Salmonella; Listeria; Vibrio cholerae, the culprit behind cholera; Campylobacter jejuni, the most common cause of bacterial diarrhea; Entamoeba histolytica, a vora­cious amoeba that causes dysentery and kills a hundred thousand people every year; and many virulent strains of E. coli. H.M.O.s may even be able to obstruct H.I.V., which might explain why more than half of infants who suckle from infected mothers don’t get infected, despite drinking virus-loaded milk for months. Every time scientists have pitted a pathogen against cultured cells in the presence of H.M.O.s, the cells have come out smil­ing.”

Sadly, this miracle of science cannot possibly be put into a can. Some baby formulas do have some probiotics added, and there is a small body of evidence that supports the health benefit of these. This makes sense to me. As an adult, I take probiotics to help with my gut health. I have been told live cultures are best, but I am no expert! I have also been told having many types of bacteria is best, not just one or two. But taking a pill does not have the same health benefits as getting nutrients in their natural state.

When your baby is nursing, they are getting many, many different types of bacteria, archaea, fungi and single-celled eukaryotes that have many different purposes to help protect our babies and promote optimal growth. They are alive and well in fresh breastmilk!