Hospitals preventing formula feeding? Are formula manufacturers just writing these articles themselves now? I have never had a hospital refuse to feed a crying newborn for 6 days. I am not saying this didn’t happen, it’s possible, but as I have said in the past, my families are having to beat off formula pushing in hospitals, even ones that are Baby Friendly. 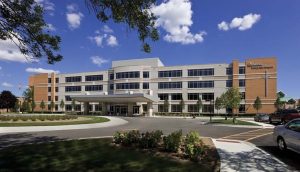 I have a lot of questions as well. Why was this mother in the hospital for six days? Was she sick? The baby? This whole blog just has a weird vibe to it.
It is true that formula manufacturers in the US have a new problem. Since mothers want to breastfeed and the Baby Friendly Hospital Initiative (BFHI) is growing, I believe formula manufacturers are attacking the very idea of BFHI out of desperation. Formula companies spend over $480 million, yes, you read that right, million, on marketing per year.
According to Alison Stuebe, “That’s more than six times the $68 million in total US federal government expenditures for breastfeeding support through the WIC Peer Counselor program ($60 million) and CDC initiatives ($8 million).” We have almost 4 million babies born per year in the US. Formula companies make $1220.69 per baby. That is a lot of money.

The BFHI is powerful. If we can get hospitals really promoting breastfeeding, breastfeeding success will go up and less formula will be sold. I think that makes formula manufacturers really nervous. This is going down a rabbit hole but do you know who owns formula manufacturers? For the big brands, it is huge pharmaceutical companies who ultimately want you to be less healthy so they can sell you more medications throughout your life time. Formula money is tiny compared to drug money. Who needs more drugs throughout their lives? Formula fed babies. Sorry for the rant but this is concerning!


Returning to the idea BFHI, there are some issues. In my opinion, in order to have a successful BFHI you can’t just have the hospital promoting and supporting breastfeeding. You need the whole community. You need the OBs, midwives, pediatricians, WIC, and our culture to be breastfeeding friendly and knowledgeable.

I personally was also man handled by an IBCLC almost 23 years ago. But this is about lack of staff training on appropriate behavior, not BFHI. Poor training has always been an issue. There is a lot of miss-information around the BFHI. Formula is welcomed into BFHI when medically necessary. It sounds like inn this case formula was needed as a transitional tool. Families can also choose not to breastfeed and use formula. It really is an option!

I also worry that BFHI is moving a bit fast and not getting the buy by all staff and the community needed to run a good program. I know that hospitals are being cheap. They want the BFHI designation, parents are starting to look for it, but are not willing to spend the time and money on properly training their staff as to how to support this initiative. The 10 steps to becoming Baby Friendly take a lot of behavior changes on the part of many staff members. This takes time and a lot of good training. I offer a Baby Friendly Training but am told I cost too much to do in-depth, in person training.
In order to have a good BFHI, the staff needs to be trained in the best breastfeeding information AND good communication skills. If all these mothers want to breastfeed, we need lots of well trained IBCLCs.
That is the problem, not breastfeeding zealots.
Hospitals preventing formula feeding? Doubtful, But we do need a lot more breastfeeding support and accurate medical information to make sure all mothers are getting the care and support they need, breastfeeding or not.