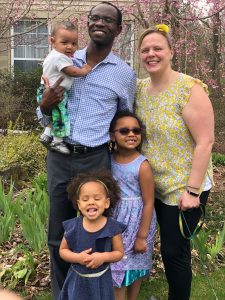 This one is particularly dear to Barbara’s heart. Melissa came to see Barbara after the birth of her first baby and was struggling with her rate of breastmilk production. Although Melissa was able to increase her supply a bit, she still needed to supplement her baby.

When Melissa was pregnant with her second baby she called Barbara to set up a prenatal breastfeeding consultation. Barbara was surprised because she remembered Melissa as being a very successful breastfeeder. Melissa was, she nursed for over two years! She also struggled with low milk supply. Indeed when Barbara looked up Melissa’s records she found that this was true and they worked on setting up Melissa for as much success as possible. 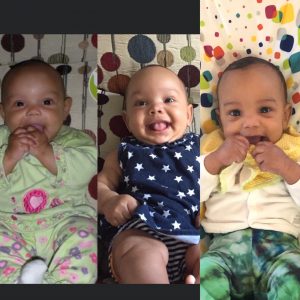 Barbara met with Melissa shortly after the birth of her third child. Again, the goal was to optimize Melissa’s milk supply. Melissa used formula to supplement her first baby but then she delved into the world of milk sharing. She wanted human milk for her human babies. She carefully screened her donors, asking about their health history, any medications, their babies, and pumping practices. She also choose to use flash pasteurization to make the donor milk even safer.

Your breastfeeding story, it doesn’t have to be all or nothing

Melissa has (and still is) been a successful breastfeeding mother who struggles with her rate of breastmilk production. Many times families don’t realize that you can be successful with breastfeeding and it doesn’t have to look the same each time. Families go back to work, struggle with milk production, have babies how can’t latch well, all kinds of issues that make it hard to have the tradition model of having the 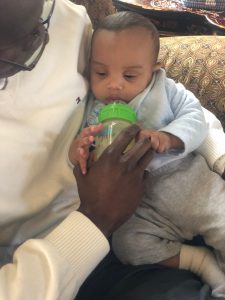 baby exclusively breastfeed directly from the breast. Remember, breastfeeding isn’t all about food, it is about the relationship as well. Babies suck on pacifiers all the time and don’t get milk! Why not use the breast as a place of comfort, peace, calm. And any milk that baby gets is so, so good for it!

The importance of Paced Bottle Feeding

Melissa attributes a lot of the success to her story to paced bottle feeding. By slowing the bottle feeds down and making them more work she helped her babies know that feeding is work and takes time, like breastfeeding!
We hope you enjoy Melissa’s breastfeeding story as much as we have!